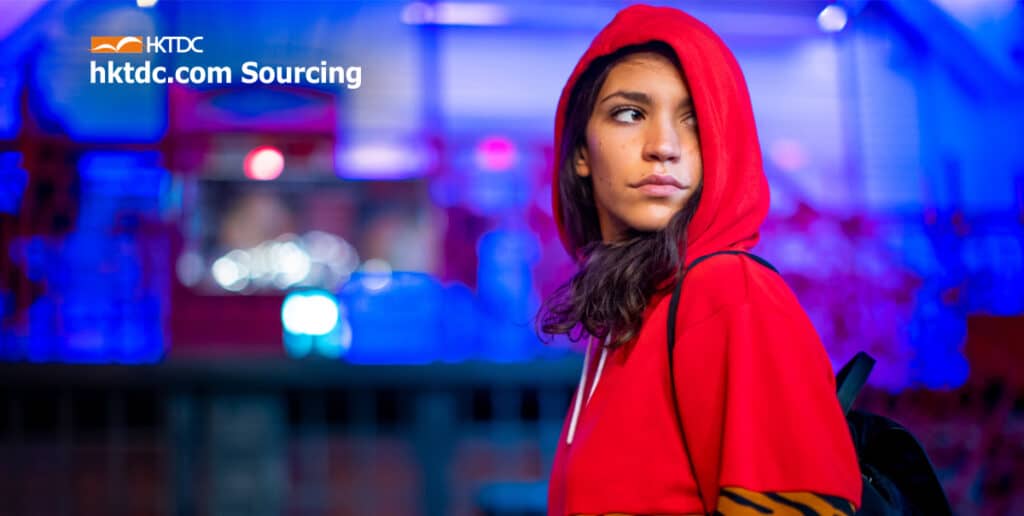 The garment industry consists of two different pipelines, namely textile and apparel. With textile industry serves as the upstream part of the value chain, supplying raw materials into the apparel industry, which makes finished products that add value to those materials.

The textile industry depends mainly on raw materials, technological advancement, and production scale. In contrast, the apparel industry relies more on labor to process those materials and takes advantage of countries with low labor costs and high production capacities.

Recent developments have led to China losing ground in the global apparel production industry as wages in China are no longer competitive as it was once. Even so, China’s more advanced technology still allows its textile industry to maintain the country’s significance as an upstream supplier as well as a lucrative market for the apparel products itself.

As China’s apparel industry is at practically zero growth in the export landscape, other smaller countries fill the gap with their cost advantages. Some of their products are even entering markets served by China apparel producers, “leveling up” these countries from a mere target market to become prominent apparel suppliers.

It is a well-known fact that the majority of textile and apparel products in the world come from China. Back in 2000, Chinese manufacturing labor costs averaged only 46 cents per hour, since then, Chinese manufacturing labor costs have been rising by 15.6% per year on average until 2018. Yet China remains extremely cost-competitive in a wide range of industries and global markets for a number of reasons. 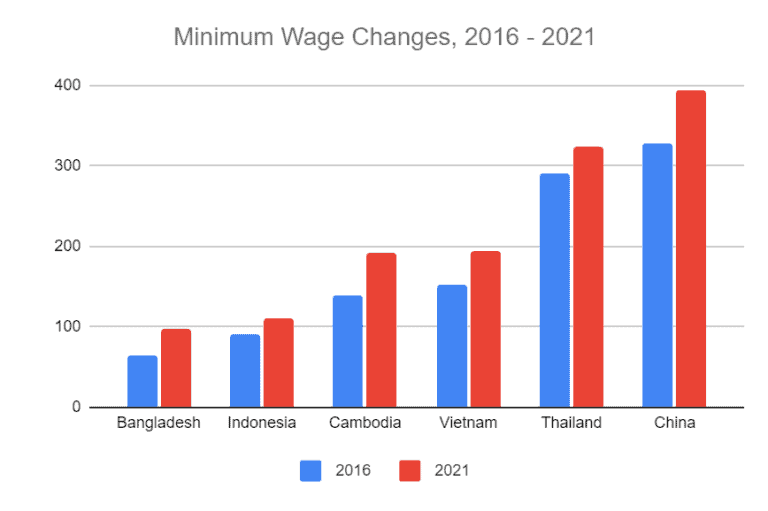 However, in the textile and apparel market, where labor cost is a large part of the overall cost, increasing wage levels has driven a significant shift in the sector. Between 2016 – 2021 alone, China has seen its minimum wage increase by 20%, which is similar to developing countries such as Indonesia while starting at an already higher rate.

The rising living standards in China have further driven the minimum wage, forcing local players to adapt to a more prominent role in the upstream process. Between 2011 and 2016, labor costs in China increased by 64%. The Chinese labor costs further climbed another 30% from 2016 to 2020. This shift requires companies to put a greater emphasis on advanced technology than labor-heavy processes.

Throughout 2019 – 2020, the Chinese apparel industry faced hard times due to the logistic chain’s pandemic paralysis cutting manufacturing Chinese production in half. The US-China tariff tensions have also caused a 7% decline in apparel exports to America.

As export decline, local apparel manufacturers are shifting their focus towards the domestic market, which has shown stable 4% growth in 2016-2019 period. Moving forward, the Chinese domestic apparel market will have increasing importance not only for China-based manufacturers but also global brands. 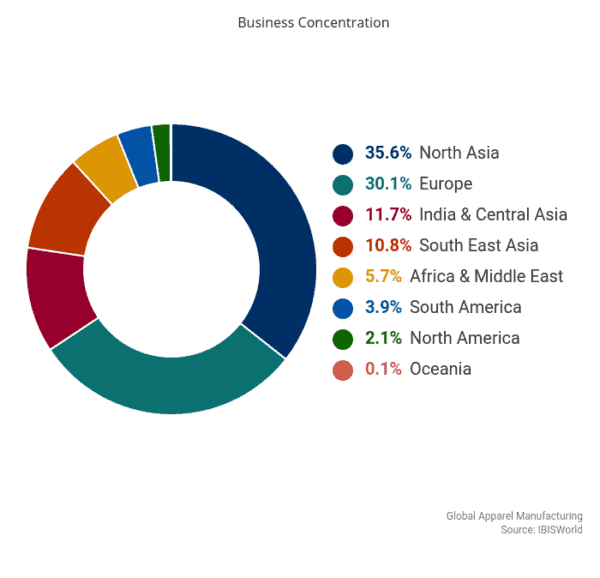 Moving away from the key production location, apparel manufacturers in China have grown by continued outsourcing and offshoring by apparel companies headquartered in developed countries, mainly those in the SEA and Central Asia area. Many companies that used to operate their own manufacturing locations are increasingly outsourcing or reshoring their manufacturing activities to third-party contractors in Asia.  Some of the notable Cases: 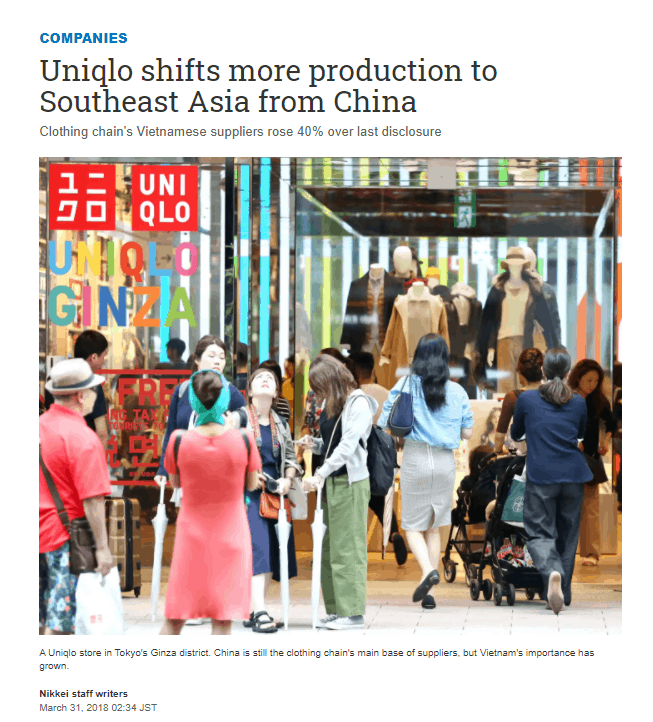 The trend shows that only a handful of companies completely exit from China. The majority of the companies are employing China+ strategy or having smaller sourcing locations across Asian developing countries. The technological and skilled labor advantage of China, coupled with its massive domestic market, which is hard to access without local presence, have deterred companies from totally exiting China.

As the high-volume, low-labor cost approach would not work further down the line, China is shifting towards the technological aspect of textile and apparel manufacturing. Tech giant such as Alibaba has started their digital clothing manufacturing plant that focuses on automation and technology. Other companies are focusing more on design as well as material R&D that will provide a technological advantage.

Producing general and specialty fabrics at high volume is not something that can be easily duplicated in other countries and will still become a key advantage for China. According to the latest data from the Chinese Ministry of Finance, the domestic production of industrial fabrics continues to grow at an annual rate of 7–8 percent. The Chinese Ministry of Industry and Information Technology also estimates estimates the current demand for specialty multiaxial fabrics in China is about 400,000 tons per year with an annual growth rate from 20 to 25 percent over the next five years.

Contrary to major suppliers’ countries such as China. South and Southeast Asia countries have significantly benefited from the market shift and will continue to do so. Proximity to the source of textile products (China) and cheaper cost of production has driven the neighboring countries to take up labor-intensive manufacturing to their country. Among other countries, Cambodia and Bangladesh are notably the most benefited ones. By 2020, more than 70% of both countries’ export are generated from apparel products, contributing to more than 10% of their GDP.  Larger countries such as India and Indonesia, on the other hand, step up their game by incorporating some of the textile industry themselves and focus on the country’s domestic market.

Stepping up as first alternatives beyond China, Bangladesh and Vietnam currently hold third and fourth place respectively as apparel exporters after China and EU-as-a-whole. With their enormous potential, the rise of Bangladesh and Vietnam will continue to challenge China with cheaper labor, favorable policies, increasing production capacity, and beneficial trade agreements with Europe, Japan, Korea, and other ASEAN countries.

Global apparel market volume is forecasted to grow at ~7% annually for the next five years. Emerging producer such as Bangladesh, Vietnam, and Cambodia, on the other hand, is forecasted to grow their export volume by more than 10% annually for the next five years. The growth, however, will slow down in 2025 and beyond, and the domestic market starts to catch up in demand, and wages begin to increase. Within the next ten years, manufacturers will likely begin to search for alternative locations, as they do back in the early 200’s to move out from China.

Supplying to Beyond China

While China’s domestic apparel market is colossal, it is much harder to crack than many believe. International brands have to play at the middle to upper segment. In contrast, local brand dominates the lower segment. For comparison, in 2019, the USA, with a 328 Million population, has almost the exact size of the apparel market with China that houses a 1.4 Billion population at ~$ 120 Billion. Showing that there are gap in product cost as well as a highly fragmented market

Although not geographically clustered, the market that consists of the Middle East, India, Southeast Asia, and Russia has a combined apparel market size double that of China. These countries might serve as an alternative in avoiding the risk of hyper-competition in the China market as they continue the process of becoming a prime market themselves. 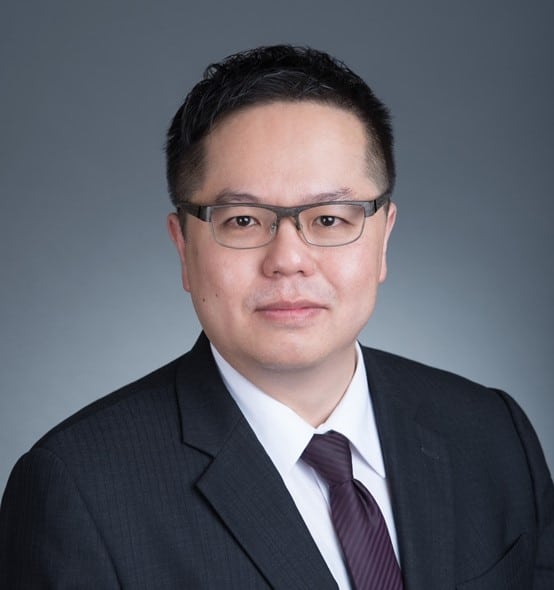 What is the Current Trend of Reshoring?

How to Find Clothing Manufacturers for Your Business in 2021